check in time: Late Check in till 2 am Accepted

Reception Hours: 7 am to 9 pm, 24 Hours Check in Available

after hours: 24 Hours check in, Night Bell at Front of Office.

Gilgandra is a small rural service centre located on the Castlereagh River at the junction of the Newell, Oxley and Castlereagh Highways. It services a mixed farming district notable for its grain cropping, sheep and cattle. Smaller rural industries involving pigs, poultry, aquaculture, ostriches, emus, deer, olives and buffaloes also exist in the area. The town‘s greatest "claim to fame" is the Coo-ee March in 1915 when patriotic men from the community marched nearly 500 km to Sydney during World War I to draw attention to the need for recruitment. They started with 35 recruits and had over 350 by the time they reached Sydney. It was the first of many similar long distance marches and will be celebrated by the town in 2015.

Gilgandra is the gateway to the spectacular Warrumbungle Mountains, just a 50-minute drive north of Gilgandra on the Newell/Oxley Highway to Coonabarabran.

Gilgandra is a country town on the Castlereagh River in NSW‘s rural central west. A riverside oasis, situated at the junction of the Newell, Oxley and Castlereagh Highways, between Dubbo and Coonabarabran, 476 km north-west of Sydney

Places to Visit - Things to do in Gilgandra 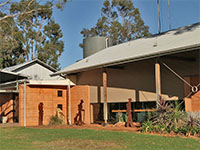 The obvious starting point for those wanting to explore the town is the handsome, new Coo-ee Heritage & Visitor Centre located in Coo-ee Park on the Newell Highway. They not only have maps and brochures about the attractions of the town but the centre now includes an outstanding and comprehensive display chronicling, mainly through photographs and newspaper articles, the story of the Coo-ee March. Titled "First Stop Berlin" it records the time in 1915 when 35 men set off on a six-week, 500-km trek to Sydney as part of the first recruiting march of World War I. The Heritage Centre also includes an exhibition on the early Aboriginal history of the area and information about the history of the town and the district. The Centre is open seven days from 9.00 am to 5.00 pm, tel: (02) 6817 8700. 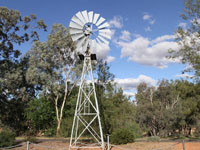 The Windmills in the Park

There were 300 windmills in operation in the district by the 1950s, earning Gilgandra the title ‘The Windmill Town’. They were used to pump up sub-artesian water until 1966. They were vital to the reliable water supply of the town and the surrounding properties. Today a number of the original windmills (it is surprising how many specific makes and models were available) are located on a very pleasant walk from the Coo-ee Heritage & Visitor Centre along the banks of the Castlereagh River. It is worth noting that the Castlereagh River at this point is an upside down river with the water flowing under the sand. Only when it is in flood does it become a conventional river. 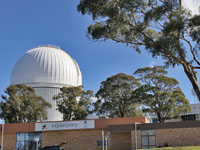 Located 95 km north-east of the town, Siding Spring Observatory was opened in 1964 and is now home to nine telescopes with more being commissioned.
The Warrumbungles north of Gilgandra are an ideal place for stargazing with a combination of relatively high altitude, low humidity, a non-turbulent atmosphere, clean air and an average of 70% clear night skies. Never have the stars looked so bright in the night sky. 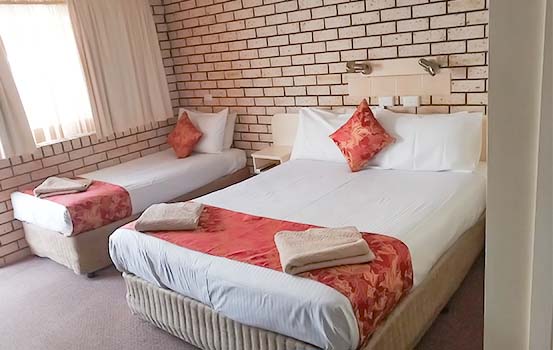 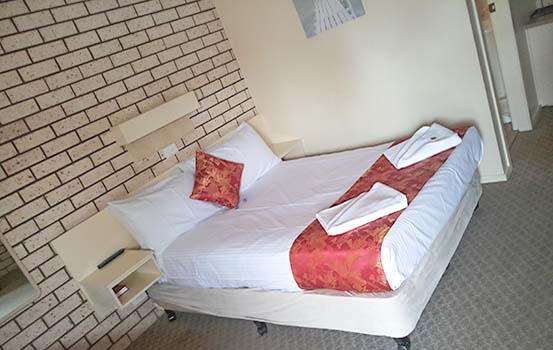 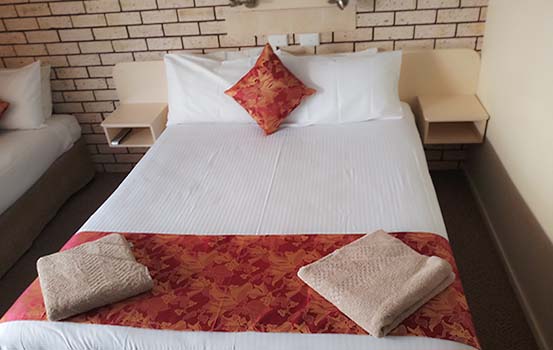 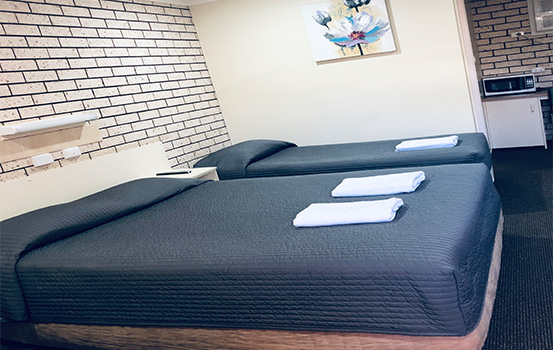 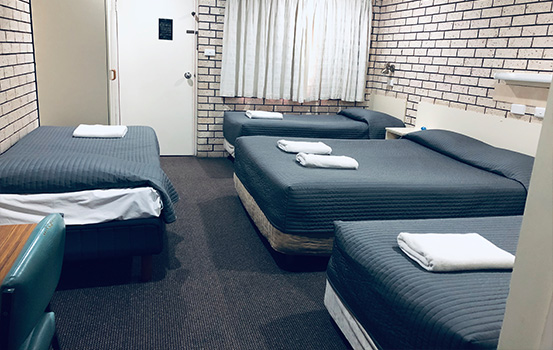 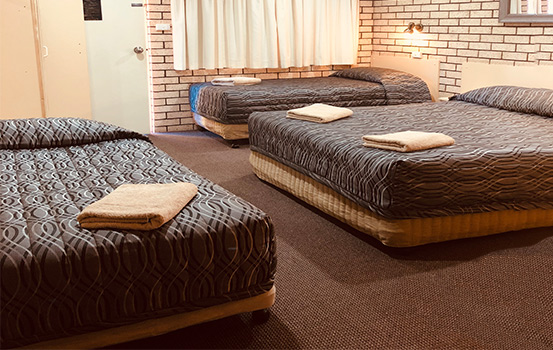 These rooms offer a queen bed and 3 single beds which is suitable for a family. In this room minimum 2 people and maximum 5 people can be accommodated.